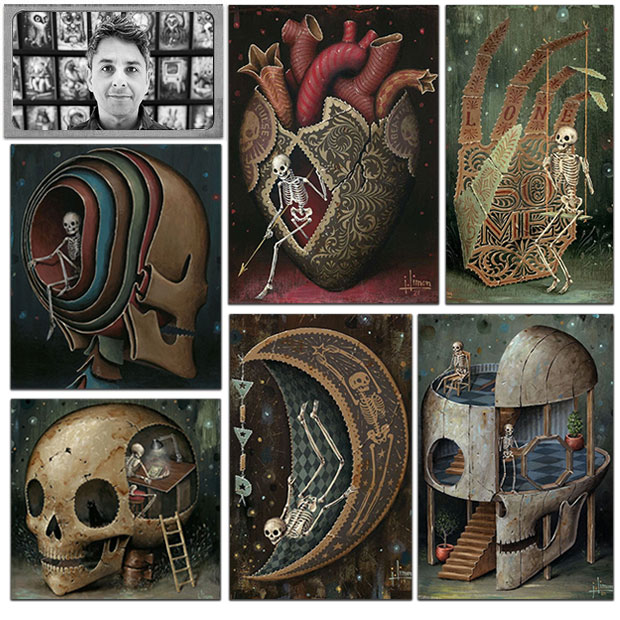 Jason Limon is a painter and sculptor that was born in San Antonio, Texas. In early 2007 he moved from a long career in graphic design to begin work as a visual artist exhibiting in galleries across the United States and parts of Europe. He has had recent solo exhibitions in New York, Los Angeles, and Melbourne and has participated in a large variety of group exhibitions. His art has been presented in an array of publications and has received awards and accolades from Communication Arts, American Illustration and The Society of Illustrators of Los Angeles. In 2016, a toy based on one of his paintings won Toy of the Year award from the Designer Toy Awards in New York.
Adam Hogan Josh Audiss Dave Koenig J Barnett Eric Nyffeler Tobias Caballero Joe Nicholson Justin Barker Mandy Heck Mike Zimmerman Morgan Mandala Marisa Aragón Ware Lance Everill Gary Villarreal
×
...