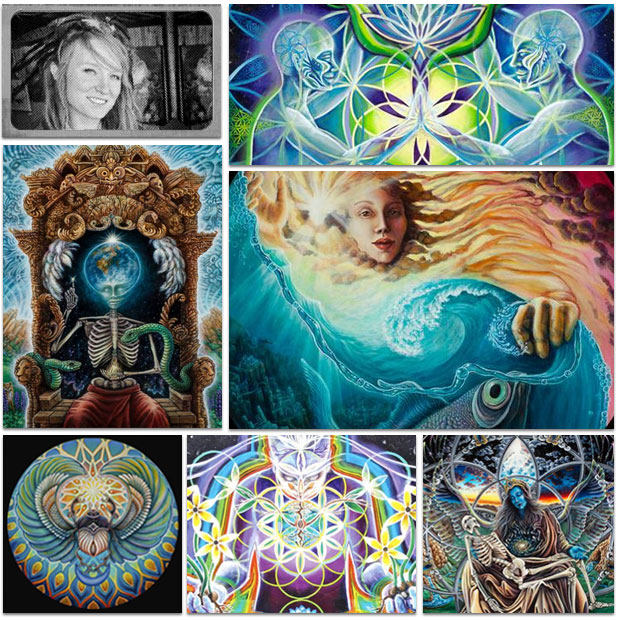 Morgan Mandala is a Colorado-based artist who weaves her visions together in both the studio as well as the live environment. Her visions span a variety of memes and themes, but can often be distilled down to the unlimited majesty of the nature world as well as the underground shamanic heartbeats of humanity. Inspired by nature – particularly the Amazon rainforest and the Colorado Rockies– Morgan is dedicated to reintroducing organic wisdom into the biosphere with a particularly bright and hopeful future in mind.

My paintings are manifestations derived from dreams, visions, and spontaneous flow. After spending time studying and traveling to understand philosophical thoughts, religions, and cultures of the world, I have been inspired to visually explore our connection as human beings. Mandalas are graphic representations of the universe - the multiplicity, and the singularity; the macrocosm, and microcosm. By re-interpreting and merging archetypes and symbols from multi-cultural backgrounds, I hope to help visualize our inherent connections to each other and Source. If we can see ourselves in each other, we can hopefully understand the importance of peace.