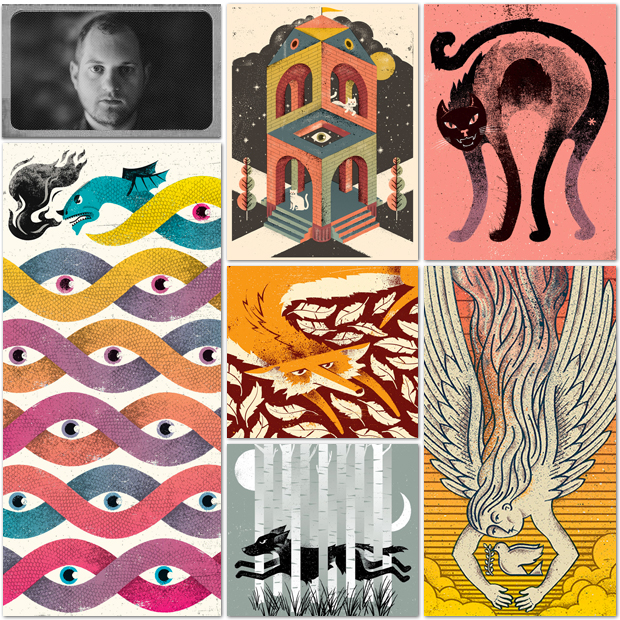 Eric Nyffeler is a designer/illustrator/human/living denim jacket who specializes in editorial and commercial illustration, screen printed posters, branding, and tasteless jokes. He is currently based in the Pacific Northwest, but spent his formative years in American Heartland. He has formal schooling in visual communication and design and print-making, and has been known to speak at various universities about such topics. His gritty geometry, analog textures, and mid-century whimsy has landed his work on and in some of the nation’s most hallowed walls and pages.

Eric, occasionally seen operating under the Doe Eyed moniker, cut his teeth creating hundreds of screenprinted gigposters for some of the most notable musicians of our day, ranging from local punk bands to Grammy Award-winning artists. In recent years, he’s expanded his professional focus away from the stage, creating illustrations, icons, typography, and other visual ephemera for some of the world’s most exciting brands and publications.