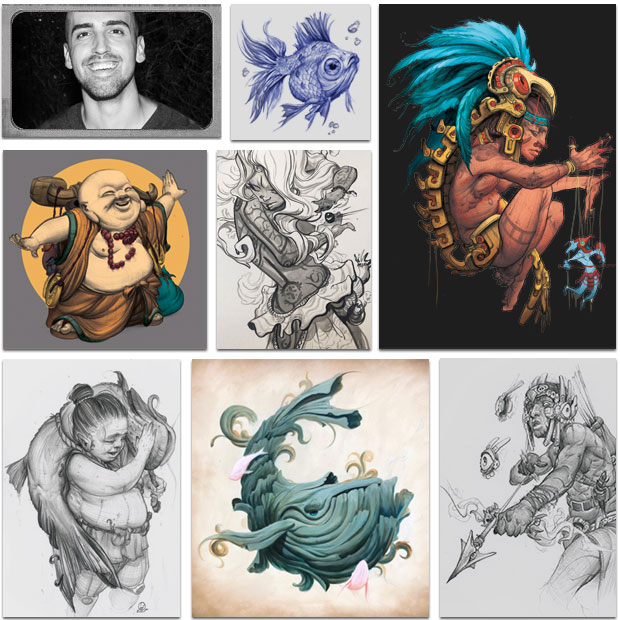 Gary spent most of his teenage years drawing Fan art and “little homies” for his friends in exchange for a few bucks. Born and raised in a small Texas town, he is often described as a little hippy, a lil hood, smoked with some country wood. Fast forward some years, he’s now developed a passion for graphite. Currently based in Los Angeles, he works as concept artist by day and illustrator by night. Although he prefers traditional mediums, he loves learning new mediums to express ideas in different ways and to keep his creativity fresh. Some may describe his work as spiritual and multicultural, but he typically likes to bounce around many subject matters to fit his crosshatching style. A style that gives his pieces a sense of volume and movement. He often gets inspiration by his personal experiences along with a curious mindset regularly asking the question, “what if” to push his concepts one step further.